Ashley Rhianne is an award-winning Oriental International dance artist based in Vancouver BC Canada drawing on over 15 years of experience as a professional dancer and instructor.

She is a highly sought-after performer, known for her expressive and personable performances, elegance, and natural joie de vivre.

She was drawn to this dance form first because of  the music and then because of the powerful femininity, grace and strength of Oriental dance.  It is her true love and the main driving force in her life!

Ashley Rhianne firmly believes that dance is a constant evolution and requires a lifelong commitment to learning.

She has also regularly visits Egypt to embellish her training and grow her cultural awareness.

To date, Ashley Rhianne has performed throughout Canada, the USA, Trinidad, Egypt, Ecuador, Ukraine, Brazil, Vietnam, and in the UK.

Ashley Rhianne has long held residency in most of the Greek, Arabic, Persian and Mediterranean restaurants and venues in Vancouver, BC since 2001 and has performed in many festivals, multicultural events, theatres and on television.

Ashley Rhianne also spent summers in Cairo in 2017 & 2018 performing on boats on the Nile for Egyptian and foreign audiences.

Ashley Rhianne was a founding member of the longest running professional belly dance company in Vancouver, BC “The Harem Dancers” and was also a principle dancer in the Middle Eastern Folkloric and debke dance group “Ninawa: Eastern Magic” from 2005-2008.

Ashley Rhianne also is a featured member of the acclaimed Dances for a Small Stage cast.

Ashley Rhianne has been teaching  Oriental dance classes since 2002. Ashley Rhianne firmly believes in proper body mechanics and alignment with a firm focus on core conditioning.

Ashley Rhianne has taught internationally at festivals such as Bellyfolklore (Ecuador), Miami Bellydance Convention (USA) in addition to teaching throughout Canada.

She is currently teaching regular classes at The Stage studio in New Westminster and in Vancouver at the ARC- please contact Ashley Rhianne for further details.

Ashley Rhianne performs regularly in and around Vancouver,

She also performs regularly at weddings, private functions, corporate and other special events.

Please contact her for show details by clicking here.

Ashley Rhianne is an award-winning performer and has competed in 9 competitions to date. 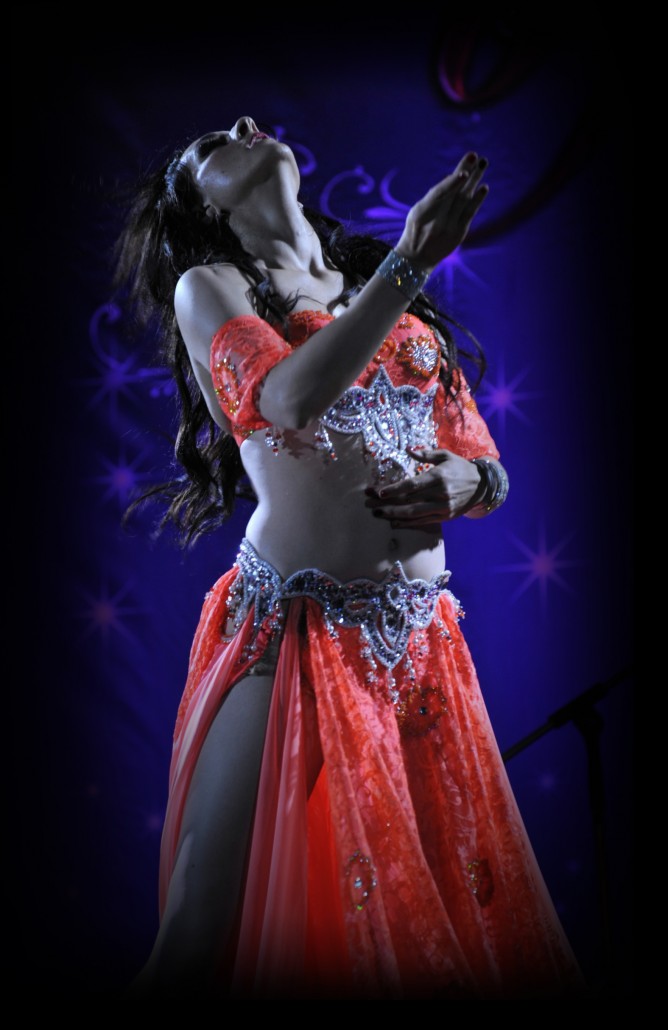